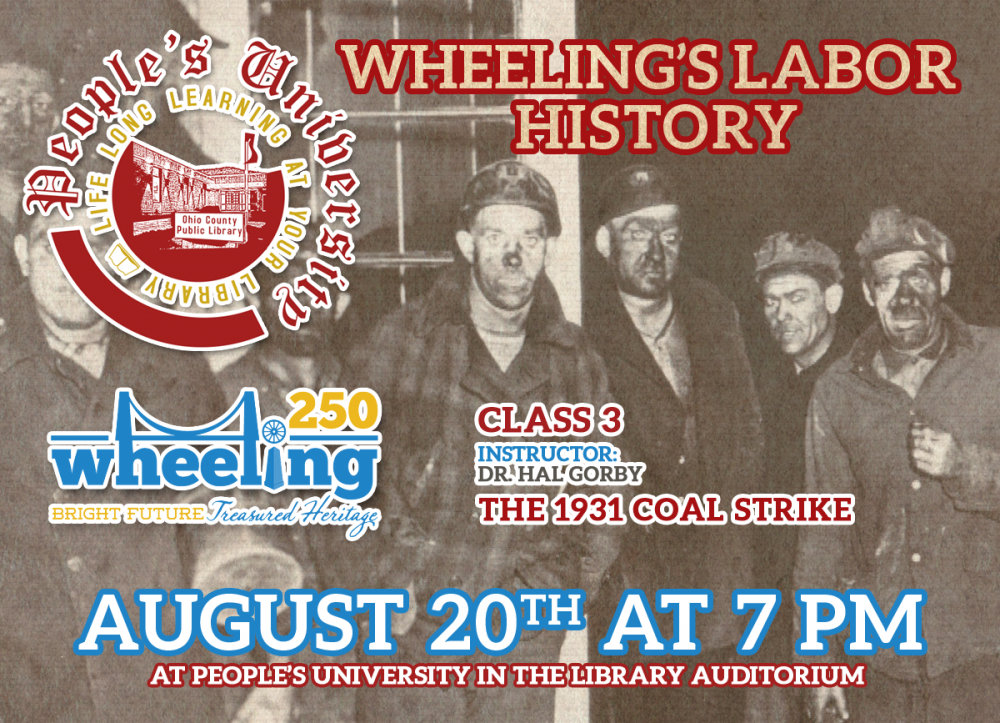 When historians think of the mine wars, images of miners fighting for unionism in the face of evictions and Baldwin Felts detectives are common. Places like Paint Creek, Blair Mountain, and “Bloody Harlan” come to mind. Similar conflicts took place in West Virginia’s Northern Panhandle Field from 1919-1931. Fueling Wheeling’s booming steel industry, by the 1920’s thousands of “new immigrants” and African-Americans found work in the expanding coal mines near Elm Grove, Triadelphia, and Warwood on the city’s periphery. However, by the mid-1920s the defeat of the UMWA in Southern West Virginia emboldened the Panhandle’s coal operators. Building on the nearby Hitchman Coal & Coke’s “yellow dog contracts,” companies evicted miners from company housing in a series of contract disputes in the mid-1920s. By 1931, as “Bloody Harlan” took center stage in the press, Ohio County’s immigrant miners’ strike received support from the Communist-led National Miners Union. The strike witnessed armed guards, state police, and striking miners from both the UMWA and NMU. While not as well known as "Bloody Harlan," this multi-racial workforce of coal diggers fought for a better life and set the stage for the union victories of the CIO in the 1930s and 1940s in the Upper Ohio Valley. 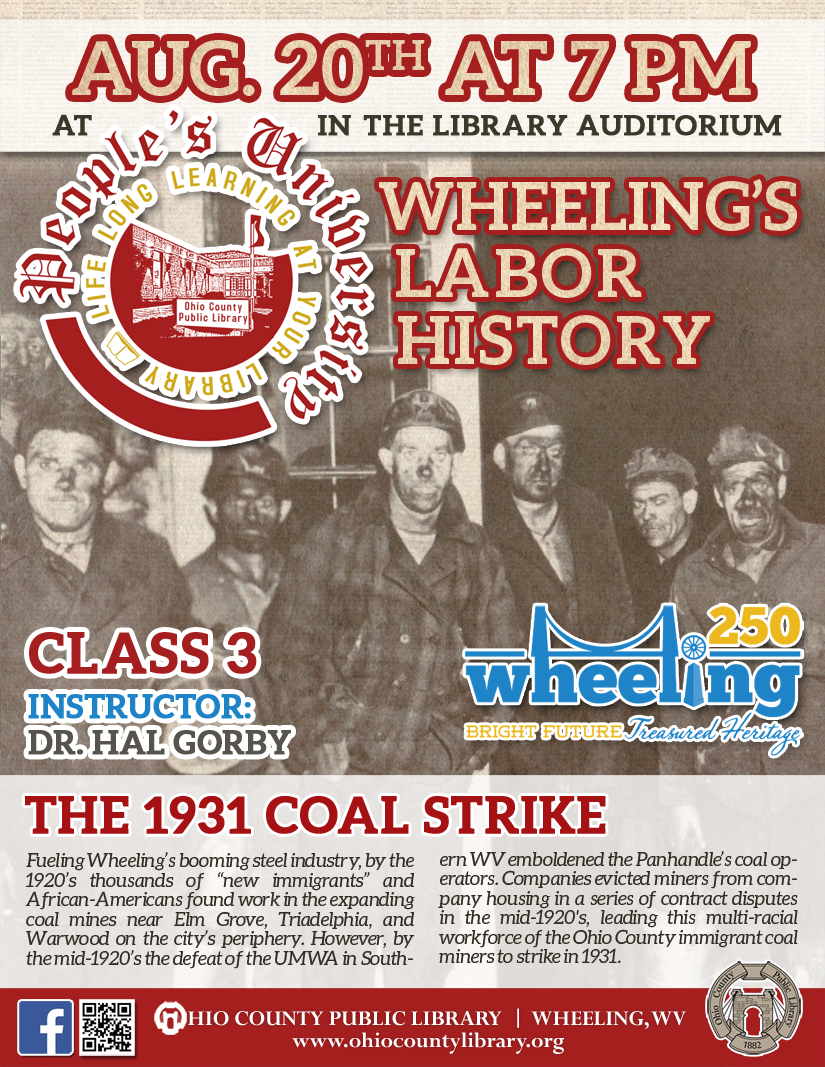 The Wheeling 250 - Wheeling's Labor History People's University series:
Wheeling was a hotbed of unionism throughout its industrial period. In observation of the 250th anniversary of Wheeling's founding, we will explore that industrial history, focusing on the experiences of the working class and the rise and organization of labor unions.

The People’s University features courses (taught by experts in each subject) that enable patrons to pursue their goal of lifelong learning in classic subjects such as history, music appreciation, philosophy, and literature. Patrons may attend as many classes as they wish. There are no tests of other requirements and all programs are free and open to the public.