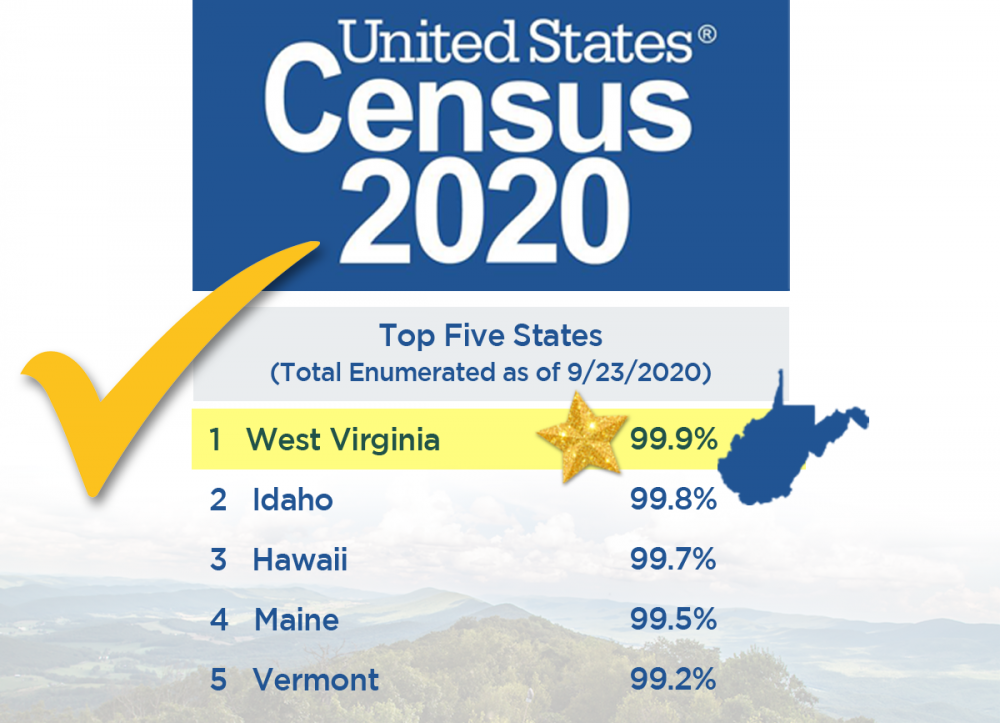 With less than one week left to go in the 2020 Census count, data released by the U.S. Census Bureau puts the Mountain State at the top of the country. As of September 23, the total enumeration reflected 99.9% percent of our state's households being counted, making it the best response rate in the nation! We couldn't have done it without your participation. We thank all of you who encouraged your friends, family, coworkers, and neighbors to respond and especially the Census workers who traveled door to door in the middle of a pandemic to ensure a complete and accurate count of our population.

Why is it so important?

An accurate Census count is vital as it will determine the number of representatives in the U.S. House of Representatives to be apportioned to West Virginia as well as the redistricting of the state for the next decade. If West Virginia gains or loses a congressional seat based on population changes recorded in the 2020 Census, new districts will have to be redrawn. And even if the number of districts in West Virginia does not change, new district boundaries may have to be redrawn so that each of our districts has equal populations. As populations within our state change, Census data is used to ensure redistricting creates new district boundaries reflective and representative of the electorate. 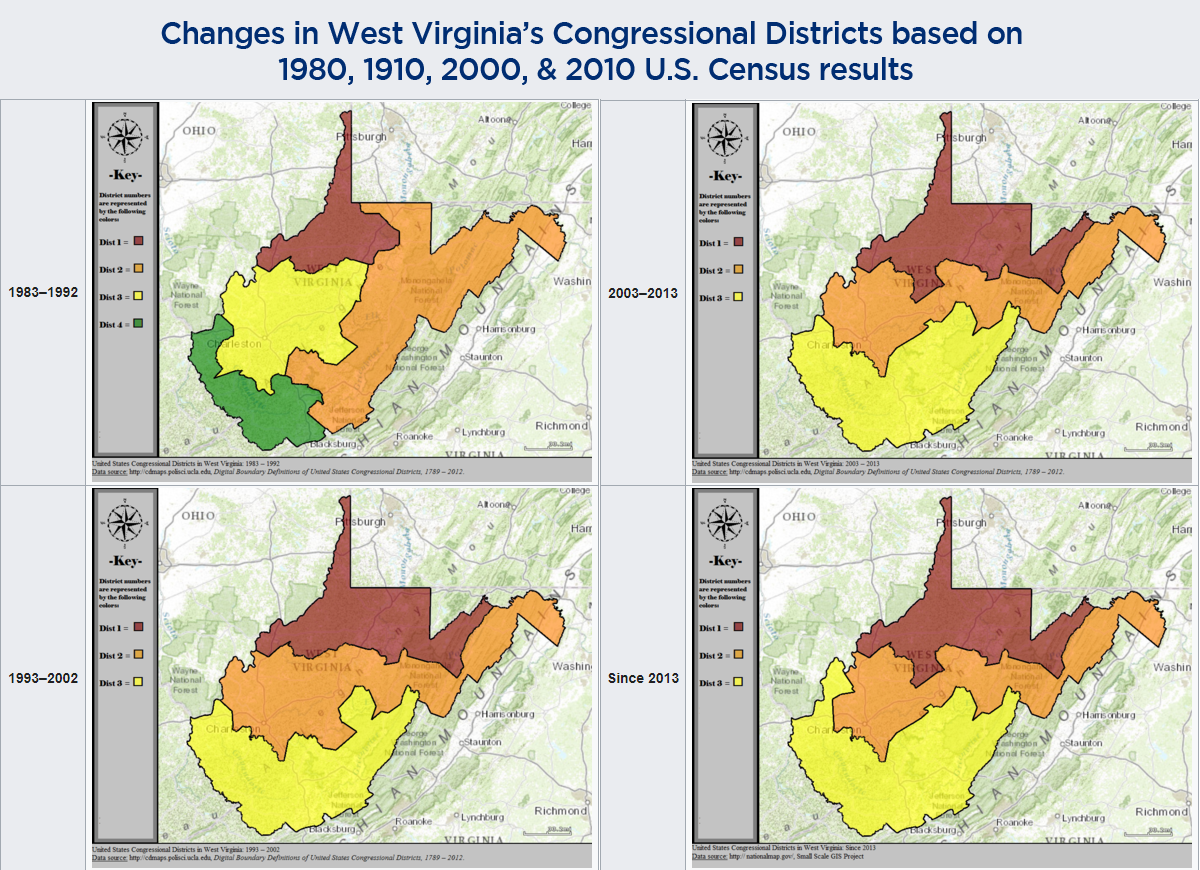 An accurate statewide count is also important in that the 2020 Census results will also be used to determine Federal grant allocations for WV until the next decennial Census. According to the West Virginia Department of Commerce, each state-wide response allocates approximately $20,000 in Federal funds for West Virginia per year. That's $200,000 per WV response until the next decennial census count! That money will be used to build and fix roads, expand broadband access, feed children in school, and much, much more, including supporting West Virginia's local libraries. 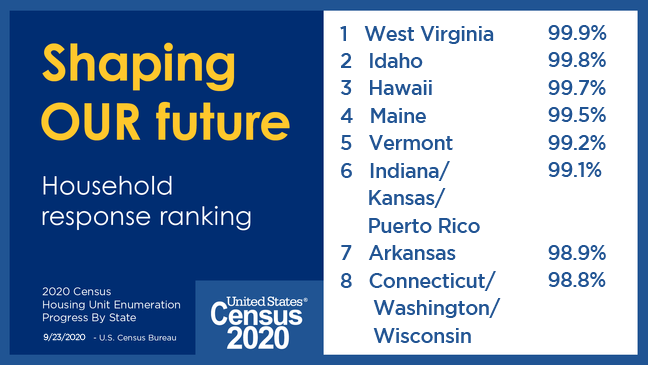 Your superb response rate will ensure our communities get a fair share of the more than $675 billion per year in federal funds spent on schools, hospitals, roads, public works, and other vital programs as well as equal representation in congressional and state legislative districts.

There are still 5 days left in the 2020 count. If you know of any households that might be in the .1% still uncounted, please encourage them to respond by September 30th to help better shape our future. Uncounted households can still respond online at 2020census.gov, by phone at 844-330-2020, or by mail through September 30.