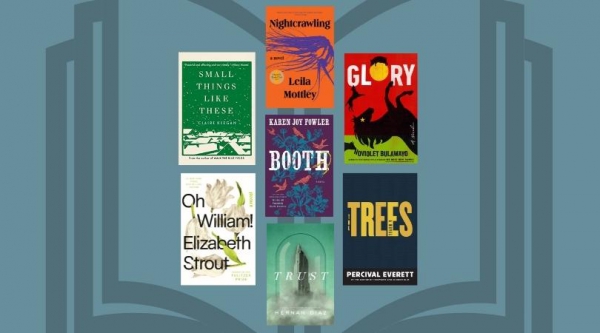 Booker Prize nominated titles are now available from the Ohio County Public Library, Libby, and hoopla. The 2022 nominees include the youngest (Leila Mottley) and oldest Alan Garner to ever be included on the longlist. At 116 pages, Small Things Like These by Claire Keegan is the shortest book ever nominated.

The Booker Prize is awarded annually for a novel published each year in the U.K. or Ireland.

The Booker Prize Foundation has announced their longlist for this year's Booker Prize. The shortlist will be revealed on September 6, with the winner announced on October 17th. In advance of the announcement, we have currated a list of the books available at the Ohio County Public Library and online.

Discover These Books on the OCPL Blog