LUNCH WITH BOOKS: Their Houses with author Meredith Sue Willis 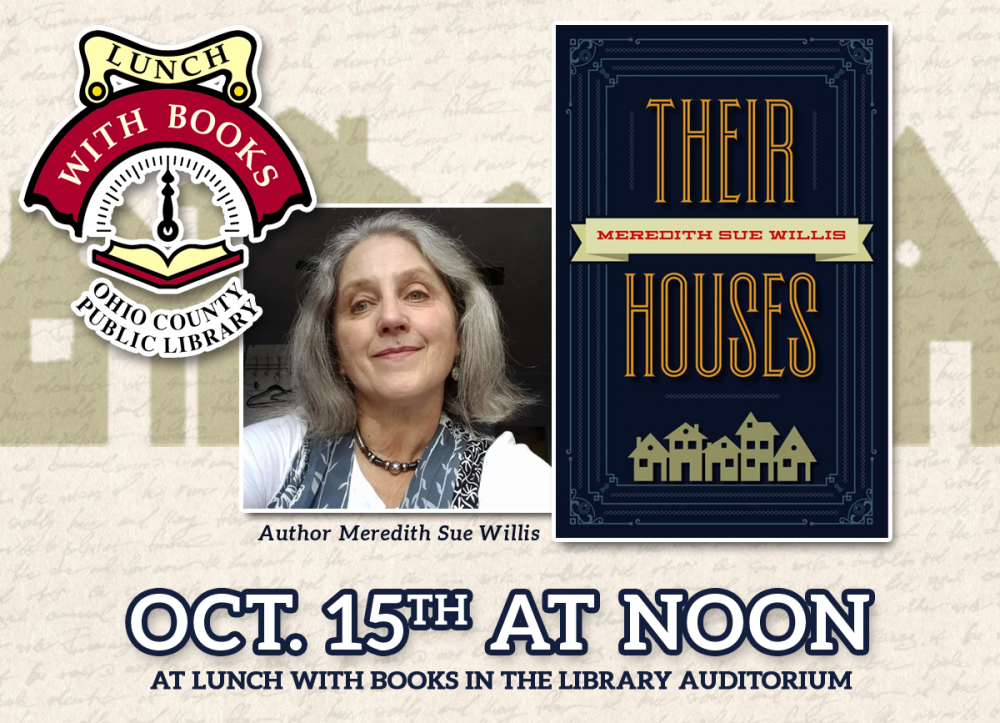 As children, two sisters make homes for their toys out of matchboxes and shoeboxes, trying to create safe places after the loss of their mother to psychosis. Grace, now a schoolteacher married to a doctor, appears to have a conventional life but has a breakdown during an undesired move from her beloved cottage to another house. Dinah has married a self-ordained preacher with a troubled past and tries to keep her children safely separate from the world. Meanwhile, a childhood friend is linked to a militia’s abortive attempt to blow up the FBI’s fingerprint records facility in West Virginia, and later builds an isolated survivalist compound in the mountains. These three adults, closely bonded in childhood, are reunited on this acreage once owned by a white supremacist group, where they discover in various ways that there is no final protection, no matter how hard they strive to find it or make it. 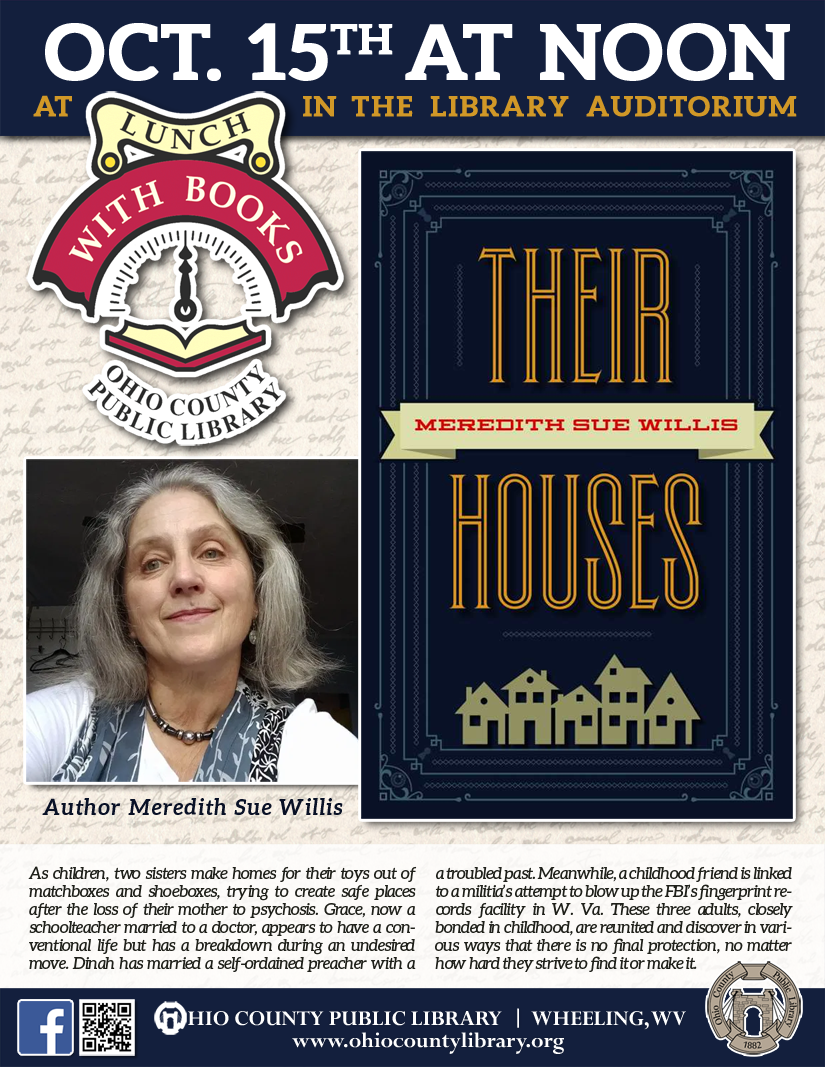 Lunch With Books starts at noon in the Library Auditorium.

"Lunch With Books" is the library’s flagship program for adult patrons. These lunchtime programs feature authors, poets, musicians, historians, and more every Tuesday at noon. Complimentary beverages are provided. Bring your lunch, feed your brain!